I did not expect to be posting a blog this week because I have had a few days in  hospital but Joan has kindly written up this service which was a lovely gift to return to.


We sang all seven verses with great gusto – with Roger playing the organ as loudly as Grahame would have done – AND with little Oliver standing up blocking his ears with his tiny hands – Priceless!

Prayers of Thanksgiving and Confession & The Lords Prayer


Children’s address      Backpack and carrying stuff – one by one Noelene pulled items from her back pack and asked the kids if Jesus would have approved of the things she had carried for just one day as a volunteer – when he told the disciples they must go out with nothing.  She held up little Calliope who was dressed in a tulle ballet skirt and had a little conversation with her about one of the things in the bag (but I can’t remember what it was).  I suppose I was too busy enjoying the moment!


Noelene delivered a sermon which challenged us to take “new and risky paths” - a theme being promoted by the Uniting Church Moderator.  She did this with a gentle and caring approach.  To set the scene in an unintimidating way she began with an amusing story of door to door missionaries.


In speaking about the 72 followers sent out by Jesus and referred to in the Bible reading, Noelene stressed they were told to take nothing with them and instructed to go into towns and villages, ahead of where he was planning to go.  If any town offered no hospitality they were told to move on, “wiping the dust from their shoes.”  By carrying “No stick, no beggar’s bag, no food, no money, not even an extra shirt” these missionaries, who were sent to discover the places which would be receptive to the message of Jesus, were seen to have come in peace and with no threat to the people they approached for hospitality.


Jesus said, “I am sending you like lambs among wolves.”  Noelene told us that this was a warning that wolves eat lambs for dinner.  By following the instruction not to stop and talk along the road, these 72 disciples were being encouraged to talk to large groups of people and this they did as they gathered crowds and healed the sick and paved the way for Jesus to follow.


We reflected together on the different ways the church has tried to reach people with its message of the Good News of Jesus.  The door to door missionary approach is just not working today and although travelling the world and holding great crusades like those of Billy Graham in the nineteen fifties and sixties influenced and converted many people this approach is not the way to go today either.  Noelene pointed to the similarities in the way local churches prepared the ground for the arrival of Billy Graham to the preparation made by the 72 for the arrival of Jesus.


“Our challenge today is to get the message of Jesus Christ across to people who don’t care and don’t want to know” and “Everywhere, where membership numbers are dropping, churches are asking questions about how to attract new people to the church.” Noelene told us.  She challenged us to explore our hearts about what is the reality in society today about the good news of Jesus Christ and encouraged us to face the fact it may not always be a message people want to hear.  “We could talk about seeking justice for refugees and asylum seekers. Not the most popular topic in Australian society at the moment.  But didn’t Jesus say he was sending his followers out like lambs amongst the wolves?”


Back to the Moderator’s theme of New and Risky Paths which Noelene told us had both her support and encouragement.  She asked the question – “How can we catch that vision?”  Earlier during the service she had referred to Fair Trading Products and the 25 year passion she and her husband have had for promoting them; so this made her comments in the sermon more important and underlined them for her listeners.  We were told of a Fair Trade Fair held in November last year and how a “risky” invitation to the Moderator to attend had been readily accepted.  The last meeting of Synod passed a resolution that churches use Fair Trade tea and coffee. 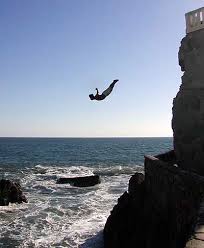 “So what are your new and risky paths? What is your mission and how do you find new ways to do mission?  You’ve probably already worked out things you do. I pray you will be open to others.  Because sometimes it just happens.”


Noelene certainly threw out a serious challenge for us to try and answer some of those questions and yet her challenge was gentle - so much so that when the poignant story of the baptism of the stillborn child was told – she could barely speak and had to stop a couple of times to gather her composure.  Not knowing how to face this situation the Canadian hospital Chaplain took a tissue and wiped his tears and the tears of the parents and with these tears he baptized the child and brought her into Christ’s kingdom.


The message here was surely to trust our instincts and to be always open to God’s message in whatever form it comes to us.


The words of the final verse rang out as a challenge:


His beauty rest upon me


As I seek the lost to win,


And may they forget the channel,


As we sang the final blessing we felt the encouragement we needed to go out and walk our new and risky paths:


May the feet of God walk with you, and his hand hold you tight.


May the eye of God rest on you, and his ear hear your cry.


May the smile of God be for you, and his breath give you life.


May the Child of God grow in you, and his love bring you home.
Posted by Margaret at 23:18