Again, I was unable to attend our service but I was helping a student with her study of Shakespeare’s The Tempest which provided a stimulus to think about a number of very human issues.


One reason that Shakespeare is still studied today, apart from being one of the very best of writers of the English speaking world, is that he explores a whole range of human ways of being, meaning that his work has universal appeal, not just across a generation but from one generation to another, over hundreds of years.


The Tempest is no exception, with the characters having to confront aspects of their own character with which until the present time in the play, they have been able to live quite comfortably. 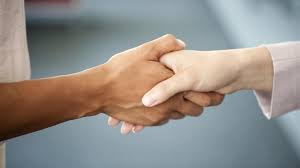 The characters in the play represent various layers of society: fathers and children; rulers and the ruled; masters and servants. At any time in history, certain assumptions are in place concerning the behaviour of one layer of society towards another. In this play, as all of us have experienced in our own lives, these conventions are challenged and can come unstuck.


For example, it was assumed that masters had every right to direct the lives of their servants, without any need to apologise for any wrong caused. Children had to obey their parents, regardless of the wisdom, or lack of it, of the parents. Rulers would continue to rule, whether they were doing so fairly or not.


Learning this lesson can be painful and may take time but once learned, progress can be made and relationships restored. This was achieved between some characters in the play. One sought forgiveness. The other accepted the plea and forgave. Mission accomplished.


But what happens when the hurt is so deep, that regardless of the sincerity of the pleas for forgiveness or the genuineness of the repentance, the hurt party turns away and won't forgive?


The lesson learned concerning such a situations is that the matter must be left with God. There is just so much that we as humans, can do.


But what of rulers and masters? Should they belittle their status and lower themselves to ask forgiveness?


The whole asking for and giving of forgiveness cleanses the relationships of all concerned.


This was just one issue explored in The Tempest, but in studying the play we are given the chance to examine ourselves at arm’s length. Does the matter of forgiveness ever cross our minds or do we just bluster our way through our lives day after day? 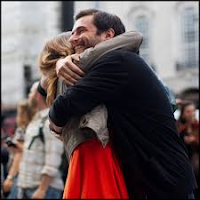 Many of us are parents. Do our children simply have to bear our mistakes which damage their lives and get on with it? After all, if we apologize or ask forgiveness, isn't our authority in the family brought into question?


Better that, than for our children to see us as frauds.


And if we think of our experiences of being given an apology or being asked for forgiveness, doesn't the other person somehow grow taller in our sight.


Regardless of our social or family status, it is required that we asked forgiveness of those we have offended against and that we should forgive those who repent and ask for our forgiveness.