Today we were led in our worship by Howard Clark, from UnitingWorld, who had come to raise our awareness of the work of Uniting World and how we could play a part in that work.

While doing that we also became aware of our place among the world’s people and our responsibility to others. Further, Howard’s presentation led us to be aware of the possibilities for service and a change in perspective which could emerge when we listen to the words of Jesus. 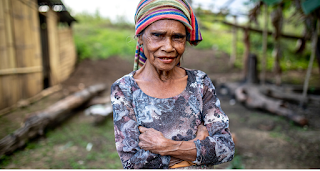 Howard began with an acknowledgement of the traditional carers of the land upon which we were worshipping. Europeans came to Australia to civilize the people who were living here as well as exploit any resources. The first resource Australia provided was to be a long way from England and so an excellent gaol.

When we consider both of those intentions in the light of the gospel, the inhumanity of each is appalling. As the scripture which inspired Hymn TIS 686 says, “For truly I tell you, whoever gives you a cup of water to drink because you bear the name of Christ will by no means lose the reward.” God paused after creation and saw “that it was good”. All people are God’s creation. All people are God’s children. We are charged with giving comfort to all God’s children.

But the intention of the European’s move to Australia was to isolate the prisoners and to kill any hope they may have had of returning to family. That was so cruel. 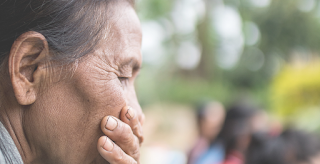 God speaks to all souls in creation. How people interpret the voice they hear is different from place to place and not always an accurate representation of God’s voice and message. However nobody has a monopoly on truth. Great caution should be shown. 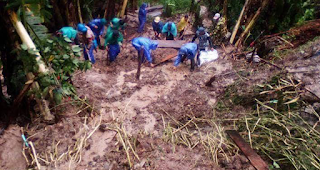 Certainly the congregation today showed their knowledge of their relationship with God as they sang Hymn TIS 100, “All Creatures of our God and King, lift up your voice and sing”. And sing we did…with gusto!… Reflecting our enthusiasm for and knowledge of the life-giving grip of our God upon us - and our gratitude for that new life.

These themes were played out in the stories told and films shown about the lives of two couples. One couple live in Indonesia and the other in Western Papua. Both lived in utterly deprived circumstances. However, because they received assistance from Uniting World, each has been able to create a life where they have shelter and a sustainable source of food and income.  Without outside help this wouldn't be possible. The help is available because there are people in places such as Marsden Road Uniting Church who recognise God in their neighbours and therefore their obligation to provide them with shelter, food, clothing and water among other things as though they were giving those things directly to God. 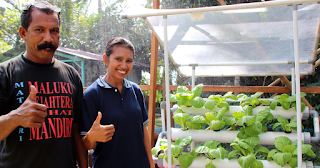 The result not only brings hope to the people who receive help but the changes it brings in their lives inspires and uplifts the people who provide it. A hymn such as TIS 111 “Praise to the Lord, the Almighty, the King of Creation, O my soul praise him for he is your health and salvation.” expresses this.

All concerned recognise the source of the goodness resulting from one group of people obeying God’s will, recognizing God in other people and acting towards those others as though those were actually God. The all-pervading goodness uplifts everyone.

The result of doing good to bring hope to others leads to hope for all concerned, as we recognise God in each other.

And so we can sing with generous hearts, Hymn TIS 779:


“May the feet of God walk with you, and his hand hold you tight.


May the eye of God rest on you, and his ear hear your cry.


May the smile of God be for you, and his breath give you life.


May the child of God grow in you, and his love bring you home.”