"How Great Thou Art"

When I sat down at my computer to reflect on the Rev. John’s Sunday online church service I clicked on a Youtube link for the first hymn “Tell out my Soul” which was written by Rev. Timothy Dudley-Smith who has been writing hymn texts for more than 50 years, and still writes 6 or 8 new hymns each year. He has written over 430 published hymns and this is one of his hymns of adoration which always stirs me.  As I listened, my mind immediately turned to the expressive impact of hymns as part of Worship that has always been for me important as a source of prayer, deep thought, comfort, assurance and delight.
Church was always an important part of my family life and upbringing as the daughter of an Anglican minister and his wife.  My parents met as children at Sunday school and church and my father’s “call” to the ministry came during the singing of the wonderful hymn; “When I survey the Wondrous Cross” when a visiting evangelical minister made a call for people to come forward and give their life to God.  So consequently, for me there was no amazing moment that I can recall when God became the cornerstone of my life – and this has sometimes been a cause of reflection about religion as sometimes an “accident of birth” versus religion as a matter of choice.

I have often found the stories of some of the writers of our amazing and inspirational hymns to be some of the best life lessons when looking for the “meaning of life.”

My father’s ministry was diverse and his “parishioners” during my childhood and youth were struggling farming families during his time as a Bush Church Aid Chaplain when I was born in Victoria - and then as an army and navy chaplain until I was an adult.   Although this meant that the people attending his service were sometimes reluctant and less than receptive worshippers; my father and other chaplains saw their wartime and service life as being “Full of opportunities for a Chaplain”. 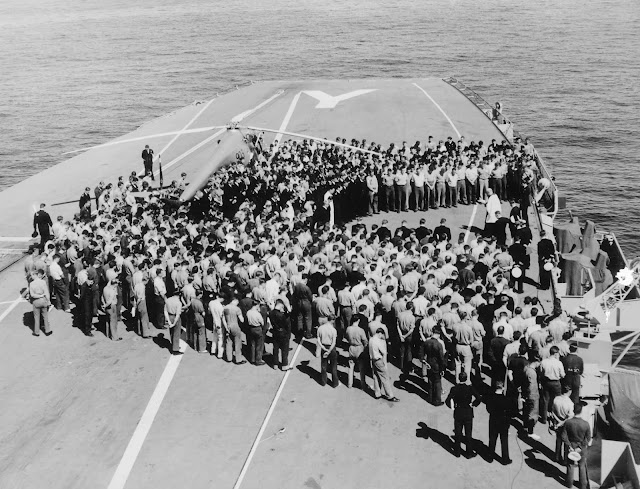 In December 1943 my father joined with a fellow chaplain with whom he had shared his ordination service 10 years earlier and in his letter home he wrote; “Tonight Bill and I combined in taking a service with an Infantry Battalion in an open clearing in the jungle (New Guinea).  The troops were drawn up on two sides and the officers on the third side with the chaplains on the fourth side of the square. The service concluded just as dusk was falling, with the singing of “Abide with Me”.  This time 10 years ago we were in a retreat together in preparation for our ordination.  It is a far cry from then to the jungle and from those days of peace to these days of war.  You never know what lies ahead and we did not dream in our wildest moments that we would even be chaplains in the army on active service in times of war and that 10 years hence we would be combining for a service in the heart of the jungle and with men who have been in action on the front line.”

The piano in our home was not played often, but my father would sometimes sit down for a while on Sunday evenings and play “by ear” from his small repertoire of hymns.  Even today I can never hear “The day though gavest Lord is ended” or “Abide with me” without returning in my heart to those far off days and feeling myself standing by my father and looking over his shoulder as we sang those hymns together. “Abide with me” is for me a hymn of hope and supplication, while “The day though gavest Lord is ended”, is more about hope, thankfulness and benediction.

If you have time on your hands for reflection you may spend many happy hours wandering through the pages of the website https://hymnary.org/ where you can learn all about the hymns and their writers and the important place they play in our Worship and become part of our life and our understanding of God’s love and our opportunities to share that love..

My favourite hymn of all is, “How Great Thou Art” and one memorable day in Norway I turned to my husband and began to softly sing the words of this wonderful inspiring hymn and said; “Surely those words were written by someone who had stood on a mountain peak in Norway!”  Perhaps I was close to the truth; because Carl Gustav Boberg (16 August 1859 – 7 January 1940) was a Swedish poet, best known for writing the Swedish language poem of "O Store Gud" (O great God) from which the English language hymn "How Great Thou Art" is derived.  The hymn of adoration we sing today was translated from the Swedish poem in 1949 by Stuart K. Hine who was born in 1899 in Great Britain. He and his wife were missionaries in the Western Ukraine of Russia, where they evangelized as Christian workers and singers.  In 1931, Stuart and his wife returned to Britain and conducted gospel campaigns throughout Great Britain.

“O Lord my God! When I in awesome wonder
Consider all the works Thy hands have made,
……………
When I look down from lofty mountain grandeur,
And hear the brook and feel the gentle breeze:
Then sings my soul, my Saviour God to Thee,
How great Thou art, how great Thou art!”

That memorable day in 1982 we had travelled by tour bus through wild and spectacular countryside on a road that constantly turned back on itself in a series of sharp hair-pin bends; a journey not for the faint-hearted.   In the region known as Jotunheimen, or “Home of the Giants” we made our way to the top of Mount Dalsnibba where we were met by a fierce, cold inhospitable wind and a view to take our breath away.  We felt like we were in heaven with the world at our feet.

Then we moved on in the bus to the next vantage point and from there we could look across at Mount Dalsnibba and down into the little town of Geiranger nestling near its beautiful Fjord.  We were standing in the clouds and for a few magical moments we had a clear view of the fjord below with two luxurious ships at anchor.  Suddenly a white blanket of cloud made it all disappear like the theatrical magic of Brigadoon vanishing in the mists of time.

When we reached our hotel in Geiranger we set off for a walk in drizzly rain following a very steep road to a beautiful little church perched precariously on a ledge overlooking the fjord.  Through the little churchyard we went, and out the gate, before clamouring down the slopes and tracks to the path that followed the edge of the fjord.   It was no longer raining and we walked for at least an hour enjoying the grandeur of the snow-capped mountains with countless waterfalls rushing down to the fjord that had been formed during the ice-age when the valleys were scraped out by the ice and the sea came in.  The waterfalls thundered and foamed over rocks and bushes until they tumbled into the fjord that was so deep and so still they were stopped in their tracks and created hardly a ripple.

Following along the path we experienced a peace and beauty impossible to describe in words; it was felt as much as it was seen; then suddenly the silence was shattered by the siren of one of the ships as it slipped out of the fjord towards the open sea.  Soon it was joined by the other ship that almost mysteriously vanished as we walked around a bend on our way back to the hotel.

We lingered again in the churchyard of the little church that clung to the steep slope and I thought I could find no more beautiful place to be for all eternity.  There were small flowers growing wild among the grass between the gravestones and God’s hand was everywhere.

After dinner we settled down in front of our window at 10.30pm to watch the coming of twilight.  The reflections of the quickly moving clouds changed constantly in the deep still water of the fjord, and last year’s snow glistened on the mountain peaks.  Soon little farm houses and small villages turned on their lights in expectation of a darkness that never really came.

Across the fjord it looked like a twinkling star was moving back and forth across the mountain between the trees as a lone car climbed the steep road with its dozens of sharp hair-pin bends.  The sky changed ever so slowly from a soft blue to a deeper velvety shade and our eyelids became heavy so we left our twilight scene and went to sleep thinking of both the magnitude and perfect detail of God’s Creation.