Warwick took today’s service and spoke about how we come to be the people we are...


A Faith for Everyone


“Have you ever traced your family history ? Or watched TV series, “Who do you think you are?” You see that person, occasion, relationship, discovery, intervention or chain of events and think, “I wouldn’t be here if it wasn’t for that person or occurrence”.


The Acts of the Apostles is full of occurrences. Exciting reading of early days of the Christian Church: freshness, vigour, vibrancy as we see the boldness of Peter and John when arrested, and they defiantly proclaim, “we cannot possibly give up speaking of the things we have seen and heard”.”


Then Warwick spoke about significant events which led to Christianity existing:


“The attempt by the authorities to crush the new movement comes after a string of significant events:


a. The choosing of Matthias as a replacement apostle for Judas Iscariot


b. The gift of the Holy Spirit, which is often described as “the birth of the Church”


c. The persecution of the disciples, leading to the stoning of Stephen. Deacon, who waited on tables and checked the equal division of food. A person of strong faith, who came to the attention of the authorities. So they stoned him for blasphemy. “then he fell on his knees and cried aloud, “Lord, do not hold this sin against them”, and died.


d. And the account goes on to say, “and Saul (who later became Paul) was among those who approved of his murder”. As  St. Augustine was to say almost 400 years later, “if Stephen hadn’t prayed, the church wouldn’t have had Paul”, because it led to Paul’s complete change.”


And without Paul we wouldn’t have been gathering in MRUC on this a Sunday in 2020. And without Paul. We wouldn’t be singing hymns like: “May the mind of Christ my saviour live in me from day to day.”
We are Christians today for a variety of reasons: some of us are brought up in Christian families and know God from a early age. Others have been sent to Sunday School or Scripture because it was  “the thing to do.” Others have been impressed by the witness of someone we know.


My brother-in-law watched a Salvation Army Chaplain as he went about giving strength and comfort to the troops during WWII and decided that was the type of man he wanted to be. When my sister married him, she went to church because he did and as a result became a Christian. 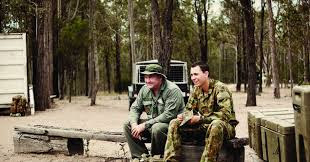 I was challenged by the possible mess I would be in during a series of natural disasters around the world in the years about 2008 to 2010. I knew I wouldn’t be able to cope if I had been present when they happened and realised my helplessness. After about three months struggle with God, reading a book given to me by a  Christian friend and remembering prayers and hymns from my youth when I thought I was a Christian, I gave up and let God take me in hand and make me his own.


It’s not a matter of just going to church or even teaching Sunday school or scripture. When we are taken by God and made God’s own, our lives are not our own from then on. We may stray but we know we have to return to the path assigned to us and live a life of love and service in God’s name.


It may not sound an attractive way to live, not being able to choose our own way, but all those who do make the decision to respond to a God’s call and invite God into their lives will tell a story of newfound freedom.


Once you step out into such a life, you will never regret it.