We began the service by acknowledging the original carers of the land on which our church is built.


It is always good for our souls to remember all those who have gone before us and made the way easier for us, whether it applies as this does to our physical environment or to our spiritual lives. So many have suffered or simply put in long hours thinking and praying their way through what has come to be our beliefs.


Come, let us sing to the Lord.


Let us make a joyful noise to the rock of our salvation!


Let us come into God’s presence with thanksgiving.


Let us make a joyful noise to God with songs of praise!


Similarly, we need to, minute by minute, praise God for the light that comes into our lives - as a simple gift for those who reach out.


We do come with hearts full of thanksgiving to praise you, O God. In time of old you satisfied your people’s thirst with water in the arid wilderness. You still satisfy our thirst, but in ways which have a far lasting effect than mere refreshment...  Amen


A Prayer of Confession


We confess, O God, that we find it difficult to cope with change and there are times when we, like those wanderers in the wilderness, choose to exercise selective memories about the past - remembering only the good things and forgetting the bad...


A Word with The Young People


I don’t normally include this section but it is so relevant. Here is a summary. A sponge which is dried out is hard and inflexible but a sponge filled with water is soft and flexible. That is what happens when we are filled with God’s  Spirit. We lose our brittleness and God is able to change us to be like Jesus, and able to help build the Kingdom of God.


So in keeping with that idea we sang the hymn “Be Still for the presence of the Lord”  it is only then that we can be changed into the image of God. 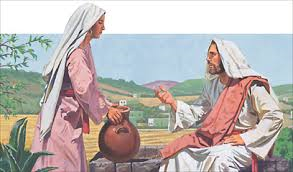 The first reading was about Moses being
told to strike a rock which then produced a
spring to quench the thirst of the Israelites
who were complying of thirst in the desert.
God quenches our thirst but for a spiritual
thirst and is the only one who can do such a
thing. People try to do it in a plethora of other
ways and fail, fail, fail. 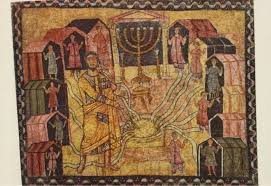 The second reading was about the woman at the well questioning Jesus as to why he  would ask her
to provide him with water and then he answered
in such a way of which we all should take note.
He and he alone can quench that terrible thirst
we all have and then never need be given any
other way of quenching it. Of course Jesus was speaking of our spiritual thirst to be healed of
our brokenness.


Preaching of the Word - Willing Conversation


Rev. John spent some time talking about the poor view of women as read about in the Bible but later focused of “The Woman at the Well” in a way in which I heard the voice of God coming through.


“This is the longest conversation recorded in the New Testament between Jesus and anybody. There has to be something in this story more important than how many men she had known.


Consider the story. Jesus asks the woman for a drink of water. She expresses her astonishment that he would talk to her. He says to her that if she only knew who he was, she’d be asking him for a drink – of living water. She says, “Okay. May I have a drink of this water?” He says, “Go. Call your husband!” Now, to this point, she’s talking about plain old well water. And while that’s the drink that Jesus asked from her, it is not the water he offers to her.


So, still with well water in mind, she engages the conversation and doesn’t call anyone...


Her understanding may have been incomplete; “He can’t be the Messiah, can he?” But it was enough to hook people, to pique their curiosity, to invite them in. “Many Samaritans in that city believed in him because of the woman’s testimony.”


This woman, who is often remembered badly in church history for her sexual relationships, who would not have been considered a credible witness, was an early disciple.


This woman, whose witness and testimony were only as strong as: “He cannot be the Messiah, can he?” brought many to faith.


Now think: How will history remember you? Will it be for your behaviour? Or for your testimony?