"Can we stamp out Darnel?" or "Gathering God's People"

The Rev. John called his Reflection/Sermon on Sunday 19th July, taken from Matthew 13:24-30, 36-43  “Can we stamp out Darnel” or “Gathering God’s People”.  He indicated that he had some problems tracking down the exact meaning of the word ‘darnel’ when making preparations for the sermon - so of course I immediately took my favourite dictionary down from the shelf, feeling confident of finding a satisfactory answer.  We have a wonderful two volume dictionary that my husband saved from the rubbish skip during an overzealous clean-out at his place of work many years ago.  This edition of “The Shorter Oxford English Dictionary on Historical Principles” – First Published in February 1933 and updated and corrected many times was printed in 1975 so was probably not all that old when it was randomly discarded.

This book has been a great asset in transcribing old family wills and working out the legal, property and other terms in common use in centuries passed, while doing family and general history research.  We use it all the time; often comparing it with our Australian Macquarie Dictionary which of course no Australian family should be without in their home. 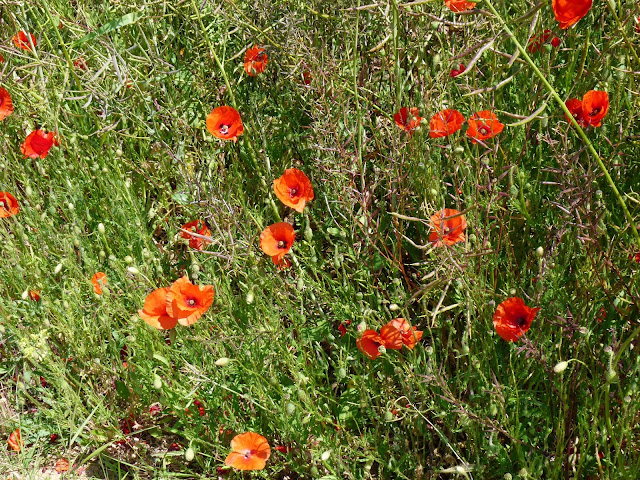 Darnel – 1. A deleterious grass, Lolium temulentum, which grows as a weed among corn.  Also a book-name of the genus Lolium.  Also Rye-grass is named and mention is made of ‘cockle’ and ‘tares’ and of “Satan’s sowing of his errors and discords.”  Upon going to Volume 2 I learned:  ‘Tare’ in early times was a name given to some seeds of vetch which appeared as weeds in cornfields. ‘Tares’ are “waste in goods” or “that which is burned” and tare weight is commonly used today regarding packing and transporting goods. 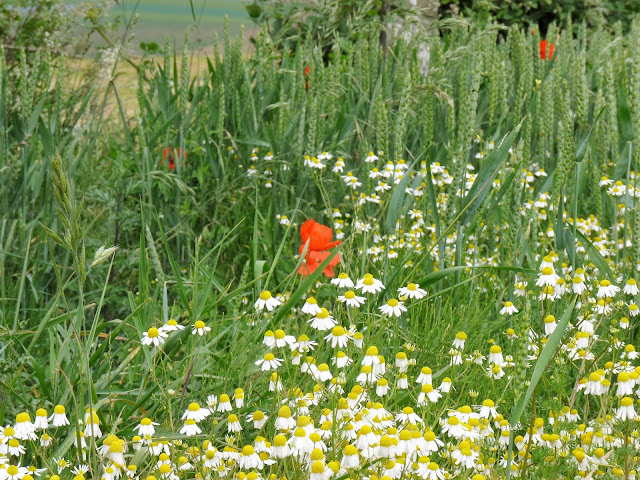 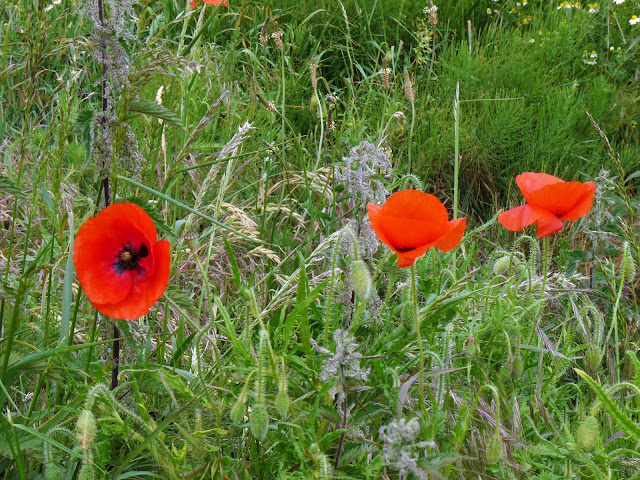 Having once again read the “Parable of the weeds” during this week, I was reminded of my fascination with the unexpected beauty of the seemingly endless farms in France, where I took many photos of fields that seemed to have the edges sprinkled with Flanders Poppies, field daisies, wild grasses of many varieties and other obviously invading plants the farmer would have resented.  However, I found them randomly beautiful and did not even think about the nuisance to the poor farmer as I took my photos. Because I have never lived in a rural area or on a farm I think I see things a little differently and I am actually so untrained on the subject of farming I can barely recognise most of the crops enough to be sure if they are corn or wheat or maize or almost any other crop.

In the three weeks my husband and I spent travelling around France and Belgium in 2011, I was enchanted by the beauty and the tranquillity of this country which we had visited only very briefly previously.  The rural areas were scattered with villages and small towns among what seemed to be endless farms; and it seemed that everywhere there were beautifully kept military cemeteries dotted across the landscape.  But of course in reality in 1914, what we called the First World War, all too swiftly followed by the Second World War, were just the latest in centuries of catastrophic wars that created havoc and misery in almost every civilisation from the beginning of time.

The core message for the day, this last Sunday, was in fact very similar to our “Parable of the Sower” from the previous week, except for the “enemy who came in the night” who obviously represents evil.  This led me to consider that if you ever needed to confirm that there has always been evil in the world - war has been a constant source of discord and evil for countless eons almost from the moment God created the world.

So perhaps it has always been that each generation fails to listen to the stories and lessons from the past.

Ancient and medieval history is filled with stories of barbarians whose whole existence centred around endless battles and wars – “and what was so ‘great’ about Alexander?”  He lived just 33 years and his constant war mongering as the head of a civilization much admired by historians and classic scholars led him to lure many hundreds of thousands of soldiers to their death and encouraged those who survived to rape, murder and pillage in the cities and towns that were taken in battle?

Although nobody knows the true number there are estimates of 9 million Christians, Muslims and Jews dying in the 11 medieval Crusades – yet still the fighting carries on in these regions in the 21st century.

In Moscow in 1982 at an International Peace Conference the message of a survivor of the atomic bombing of Hiroshima on 6th August 1945 went largely unheard.  When the bomb exploded some 2,000 feet above the centre of the city she was an ordinary schoolgirl listening to an address by the headmistress.  She told of the “Heaven-splitting flash and earth shaking roar which demolished the city in an instant … The billowing clouds of smoke that brought sudden night … The fires which began all over the city and joined up to make the city of Hiroshima an inferno.”  More than 200,000 men women and children died.

In the Memorial Peace Park in Hiroshima there is a stone chest that contains the names of all those known to have been killed by the atomic blast.  The inscription reads, “Let all the souls here rest in peace; for we shall not repeat the evil.”

Perhaps we have not repeated that particular evil – but with the weapons we have today, we might kill 500 million people and disfigure the earth for centuries.  When we visited the Farnborough Air Show in September 1982 we saw many sophisticated war planes and weapons; and remember this was just after the reality of the Falklands War; so we were aware that these machines had recently been used “for real” against some of God’s people.

I remember having seen on television, great gatherings of people in Argentina, praying to God for victory; and then seeing pictures of people in Britain attending special services to ask for His blessing on them.  Think how confused our children were!

Now that I am older I worry that young people are not even interested in the lessons of history - and often war is a theatre entertainment or a violent video game, while for some a catastrophe is a broken finger nail or a beached whale.

The Rev. John summarised points of the parable;
1. There is good and evil in the world.
2. Bad things happen that are beyond our control.
3. Jesus & God are aware of the evil deeds in our life and world.
4. Jesus blames the bad deeds on the evil presence in the world.
5. The farm in this parable is the world.
6. Jesus is the sower.
7. The good seed represents the good people in the kingdom or those in a relationship with Christ.
8. The darnel or evil ones will not be a part of the kingdom nor will they have a relationship with Christ.”
When we are tempted to judge and separate the good and bad, we need to back off and remember that we are to love our neighbour. Without this love as the focus of our lives, it is likely that we would be considered to be darnel - the weed that Jesus intends to use for bonfires.”

I believe that while there is life we can and should, continue to encourage and help those who may be considered by much of society as ‘weeds’; and offer them a pathway into the way of life that reflects the love of God.   The Rev. John’s conclusion perhaps puts these ideas in a better way for us.

“The challenge is for each of us to live our lives as the good grain, the wheat, the staff-of-life. Let us pray for the strength, faith, and concentration to allow us to keep our course and to inspire others to join us. Let us pray that we are enabled to share the good news of Christ. Who knows--we may stamp out the darnel.”