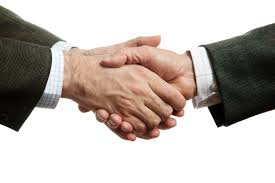 Because I have so many calls on my time at the moment, I need to reflect on the two services in the one blog to get them covered. Also, as I have been trying to do, I am taking a bit of a different approach each week, and this week I am reflecting on particular points of Rev. John’s  services.

Rev. John began the Call to Worship in the September 3 service with:


“Jesus reminds us of one of the greatest, and most difficult, paradoxes of Christianity: to save your life you must first lose it. So, we find ourselves, once again surprised by the limitless and inexplicable nature of God’s love, and we rejoice to stand together on holy ground.”


Some of us have been fortunate enough to have walked hand in hand with God since we were small children. However, some of us have had to face a decision: were we going to follow Jesus or were we going to keep control of our own lives, setting our own standards and limits, and making all our decisions based in our own will?  It seemed quite a dangerous move to hand over total control. What if God asked us to do or to be something that cost us heavily?


So, maybe we tried a compromise. We would make the decisions about which parts of the God story we would attend to and which parts we would ignore.


For anyone who did that I will guarantee that it hasn't turned out well. The internal conflict would be dreadful.


But, for those of us who decided that the path we were following wasn’t making us very happy and made the decision to let God take control of every little thing, the result has been so surprising.


The sense of freedom is amazing! Who would have thought being ruled by another, even if it is God, could be so liberating! And how did that sense of contentment simply settle upon us? By this world’s reckoning it shouldn't happen: it doesn't make sense.


But that's what it is like. So, step out and take that chance that some of us had to take. You'll be amazed too.


This service included the Eucharist which is an experience, which again, is hard to explain. The words are carefully chosen and have been refined over time by the Church. Congregation members conduct themselves very reverently. The service remembers Jesus’ life, lived for us, proclaiming the truth, and given up, rather then deny that truth. That is enough to create the special nature of the time which we share together…but there's


something else; something that I can only attribute to the Spirit settling on us, entering our hearts and minds so that we know that God is with us.


In his sermon, Rev. John warned us about being a stumbling block to others. Is the life we lead a contradiction to the message we preach? Is the message we preach a simplified one that we learned as children in Sunday school, which needs to be looked at afresh now that we are adults?


Are we using bible passages to beat people over the head, rather than show them God’s love? Does God call people, who as a result, visit our church, only to be made feel most unwelcome?


We need to be careful and remember this is God’s church, not ours. God welcomes everyone and Jesus showed us that respectability isn't of much account in his Kingdom. 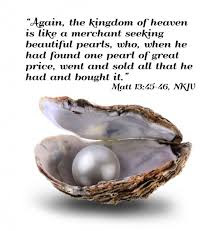 On Sunday September 10, Rev. John’s Opening Prayer picked up the theme of providing a true witness, saying: “Move us, O God, that we may fulfill the law of love and be a people who radiate your light. Touch our hearts, that we may come to love our neighbour as we come to love ourselves.”


We are well worth loving. God loves us. Something that is said to show kids the truth of this is: ‘God doesn't make junk.” There are  lovelier and more sophisticated ways of saying this, but it comes down to the same thing: we are precious in God’s sight. Once we realise this, we longer need to be in the business of trying to win. What recognition could we win that would be of greater worth than being precious in God’s sight? And if we no longer need to win, we can be gracious to everyone we meet each day. We will be able to see and openly acknowledge publicly, their worth. We will be able to let them know that they are precious in God’s sight. And then……


To continue this theme, Rev. John spoke of the lost sheep. Rev. John asked: Did he (the shepherd)  look at its value and say: “Well, that sheep is not good enough, that sheep doesn't have the right values. I won't bother trying to find it.”?


So we should be very careful, that when a divine invitation has been given to someone, when they feel drawn to come to church, that we aren't the ones who cause them to turn away in disappointment.

Posted by Margaret at 23:10 No comments: