Baptism of Jesus and Epiphany

Today, we considered the epiphanies, times where God was revealed to people who were changed forever by the experience.

It was my privilege to lead this service, and I kept the hymns and prayers to reflect the theme.

Following is an excerpt of the reflection I offered.

To begin with I shared techniques I had been taught to help understand bible passages when the help of commentaries was not available. The most useful of these is to ask why the passage was written.

Now what was the purpose of the writings that we have read today?

In Psalm 29 the phrase “the voice of the Lord” is repeated many times. The commentators I read agreed that the phrase referred to the thunder accompanying a storm which has rolled off the and is hitting the coast, from where it shakes the cedars of Lebanon in the north before it swings south to cast bolts of lightning in the southern wilderness.

It was to  proclaim God’s power in this world, where the knowledge that such power exists everywhere in everyday events, was an assurance to the people of in exile.

Everywhere they looked they were suffering from being a captive nation so they needed this assurance that their condition was only temporary and their God was still in charge.

Isaiah was also written to a captive people. A captive people who despite regarding themselves as God’s people were constantly being invaded, attacked, kidnapped, or exploited by other nations. And so this is a mighty declaration that there is a bigger picture. This is a message of restoration and promised protection, spoken with authority that cannot be bested.

Now look at the New Testament to Luke and Acts. In these books Luke is laying out the background and the task ahead for Theophilus.

And so, with the background established for all the readings, I want to focus on one of them and then draw them all together.

John the Baptist was baptizing and Jesus was baptized after which a voice spoke to Jesus affirming him as the son of God in whom God was well pleased and there was an experience of the Holy Spirit being present. Jesus was from that time on, God on earth for us. The people didn't know that in so many words but they listened to Jesus and followed him.

Last week Rev. Bruce Roy spoke of the Epiphany of God to the Magi. The Magi knew they were seeing truth. When people were in Jesus’ presence, they knew they were experiencing truth.

Think for a second or two about why you are still a Christian. 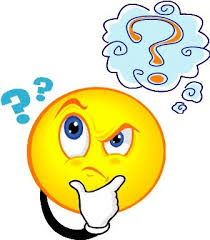 Why do you still turn up here on Sundays? Why do you keep giving to others? Why do you pray? But don't leave it there. When you go home, think about it at length, because sometimes there is much more to an answer like that than we suspect. Think about your “stuckedness”. What truth have you experienced?

The second point follows from what happened after Jesus’ baptism. When he called people, they followed him. Why did people react as they did to Jesus? What was it about him?

That's difficult to answer because we can't really put ourselves back there, but I think there's a way to find out.

Think about the people you have met in your life who drew your attention because they had a special quality other people don't have. They may not all have been Christians but today I am thinking about Christian people who make the rest of us stop and sit up. People who make us wonder why they can be the way they are.  People who are consistently a bit different from the rest of us.

Invariably they exemplify the life Jesus taught us to live.

They are genuine in every respect.

They are authentic Christian souls. They are people who do not resist that power of God that the Israelites were so aware of.

They are lamps to our feet and to all who they meet. 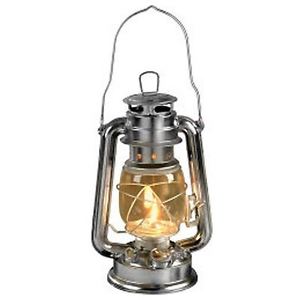 Jesus was that and more. More without end.

And because of Jesus, we are reminded that we have received grace upon grace from God's fullness to share with the world in which we live. That's what these people do and that is what Jesus did as a result of the Spirit given to him at his baptism.

It may seem that the task is too hard. That too much that is bad prevails. Here's where those Old Testament assurances will keep us going. God is still in charge.
Posted by Joan at 15:15 No comments:

Kaye and Andrew visited Marsden Road Uniting Church this week where they are always very welcome as they bring with them their message of hope.


Today Kaye delivered the sermon and introduced it by placing the readings for today, from which she preached, in the context of the UC lectionaries for 2018. This is important for us to understand its place in our teachings.


Then Kaye showed us how Luke had deliberately used key words to stress the significance of the account in Luke, (chapter 2) of Jesus in the Temple. Again, these choices are not random and point our attention to the main ideas.


“Jerusalem”, where this account takes place is central to Jesus’ life story and many crucial events take place there.


The “Passover” is central to Jewish practice and the time when the very important stages of Jesus life take place.


Jesus was “twelve”, a number significant in many ways for Jews.


Jesus was missing for three days, another significant length of time for the Christians who followed the teachings of the ones who first responded to Jesus and the “Temple” which was central to both the Jewish and a Christian stories in both a concrete and representative way.


By pointing out and explaining these and other references, Kaye set the scene and its significance within the Jesus Story.


Not only do we move off from our special Christian celebrations but we do this each Sunday as well. When we arrive home on Sunday after church, often lunch becomes the focus of our attention, rather than contemplating the service of worship we have just shared. Like any important experience, it would do us all a service if we sat and thought through that experience later.


She reminded us that after the trauma of losing the 12-year-old Jesus and then finding him speaking with confidence to much older men in the Temple, Mary  “pondered all these things in her heart”


The implication is to stay with the account of Jesus’ birth and childhood and consider their importance to us.


Kaye took this time to ponder the story in the reading.


Friends and family travelled together to Jerusalem for the Passover, in one way, an exciting time to catch up with everyone. But once the festival was over, the people headed home, as we do after Christmas.


But something happened to break the festive mood, Jesus was missing. Most parents have experienced the panic, even only for a short time, of not knowing where their child has gone.


Finally, after a long search, they found him, sitting in the Temple, nonplussed as to why they wouldn't know where he would be. But his answer, including the words “My Father’s house”, stopped Mary in her tracks. And she continued to ponder those words. 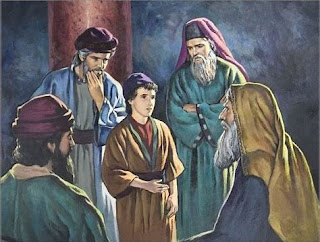 What does it mean for us to be in “my Father’s house”? What is the significance of the events of the first Christmas and of the youthful Jesus to us.


And what does it mean each Sunday as we gather to worship together? These gatherings aren't just habits but have deep meaning which can only be appreciated when we think through them later.


We were thankful that Kaye brought our attention to the need to sit with these thoughts, and to ponder them, to find their deeper significance to our lives.
Posted by Margaret at 01:31 No comments: