"So Forgive Someone Today"

Preaching of the Word - And in Anger..., - Matthew 18:21-35   And in anger the Lord handed him over to be tortured until he would pay his entire debt. So, my heavenly Father will also do it to every one of you if you do not forgive your brother or sister from your heart. NRSV Matthew 18: 34-35

This prayer of Forgiveness at the beginning of the Rev John’s service on Sunday the 13th September and the text for the Reflection/Sermon were reminders to me of the relatively harsh moments when we are reminded that forgiveness often has to be earned and it can sometimes be quite difficult for us humans.  As the Rev. John said; “This is not good news for those of us who have trouble forgiving.”

There are times for most of us when we can hardly remember what we are angry or upset about, yet we cling to our sense of grievance. That is why I try to “live by” a well-known adage; “People may not remember exactly what you said or did, but they will always remember how you made them feel.”  I have not found any evidence of who actually said this, however there are lots of people claiming to be the authors of “wise sayings” that have obviously been their own versions of this saying.  I try very hard to use words carefully and avoid leaving hard feelings to linger or fester after I have moved on and forgotten an encounter.

A friend once taped an interview with her 90 year old grandmother and one of the questions she asked her grandmother was; “What do you remember most about your father?”  The old lady quickly replied, “I remember he yelled a lot.”  At the time I heard this interview it hit me like a bolt of lightning – “the way I speak to and care for my children today will stay with them until they are perhaps 90 years old”.  I nervously asked my young daughters the next day, “If somebody asked you what you remembered most about your mother, what do you think it would be?”  They thought about it for a few seconds and agreed on their answer; “She gives great hugs.”   While breathing a quick sigh of relief I resolved to strive to remain careful, encouraging and loving, so I would be remembered positively even if they lived to 90 years old. 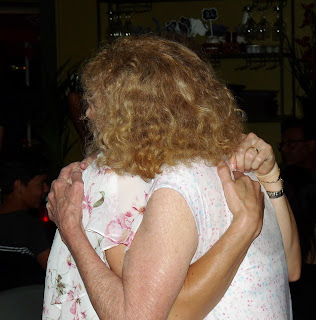 I also remember that the next day I heard a woman on one of the newly popular “talk-back radio” programs who was devastated to learn after her husband’s death, that he had died uncertain of her love for him.  She said she knew she loved him but had not realised he needed her to tell him.  The depth of the regret that poor woman felt was another timely lesson for me to always tell my husband, children, family and even my friends, of my love for them and my appreciation of them.

A person that I worked with came from a culture where men were considered as more important than women and money and success were so important that the men could have been considered by “happy-go-lucky” Australians as insensitive and mean.  In his culture forgiveness did not seem to be a priority.  I had a number of discussions about forgiveness with this young man whose idea of an apology was to say with a certain vehemence; “I will forgive – but I will never forget!”

Was I wrong in believing that part of forgiving is wiping the slate clean and forgetting the grievance altogether?  I remember with some amusement how hard it was as a child to say those two words; “I’m sorry” but, the effort was always rewarded with a smile or a hug and the feeling of reassurance that I was loved anyway.

Before I had children of my own I was secretly highly amused when I visited one of my brothers and his wife; and their son was sent to his room for doing something naughty and told that he could come out when he was ready to say he was sorry.  Next thing my brother came back to join his wife, my husband and me in the family room and beckoned us to creep down the hall to listen to my nephew practicing his apology over and over with dubious success in sincerity as he faltered over those two soooooooooooo hard to say words – I’m sorry!  By the time the five or six year old reappeared in the family room he had mastered the delivery of his apology and somehow all four adults managed to keep a completely straight face.

Yes, my dear little nephew learned that day forgiveness can be a joy – both for the giver and the receiver!

I smiled as I thought about the wonderful father that my nephew had to guide him through life.  As my big brother, he had taught me valuable lessons about doing myself a favour and “letting go” of things that I could not change.  When I was in 6th class in Primary School I was coming home from school most days in a state of distress because I had been “kept in” with the whole class until a full blackboard of arithmetic had been finished.  This was a punishment for bad behaviour by a group of girls who habitually disrupted the last lesson of the day which was always history, which I really loved and during which I never did anything even remotely out of order.  The real unfairness of keeping in those who were well behaved, became intolerable for me because I was not ever good at maths and the badly behaved girls would rush through the punishment in record time and skip off home, while I was always the last person to finish and by then my bus had gone and I had to walk the four or five kilometres home from school.  My brother gently persuaded me that this was something I could not change and that it was not helping me to get upset and worry about the naughty girls not being punished.  He even suggested that my maths just might improve as a result of the extra work that was set almost every day.  So I learned that life is not always fair, but it is much easier if you forgive those people you can and accept that you can’t change some things.

More than 50 years later a friend who was then in his eighties wrote wonderful stories about his early life in Rabaul, which he described as a “Tropical wonderland for children”.  One day he told a delightful anecdote about how, when he was a young boy, he stole a box of matches from the kitchen servants and started a wild grass fire.

The next morning his mother told him “You had better go to Sunday school and ask God to help you stop being a naughty boy.”   He had the feeling from his mother’s tone that he was going to be “In deep trouble for some time.”  Unfortunately, that morning my friend’s Sunday School Teacher showed a picture of the crucifixion of Jesus and pointed out how sad Jesus was as she told the kids; “You can see how He suffered for us in this picture – just look at His sad face and His head hanging down with the crown of sharp thorns on it.”  The teacher then continued; “He suffered because of all the naughty things we have done.”

As this was the first time my friend had ever seen a picture of the crucifixion and he admitted that as a child he was “naughty every day” he became very worried and began to think that his naughtiness had contributed to the agony of Jesus on the cross.  The teacher then handed each child a copy of the picture and told the children to try and keep inside the lines and do their best work because; “Jesus likes children who always try to do their best work”.

I have often wondered since hearing this story, how many children have been made anxious by their Sunday School lessons.  Perhaps this teacher did not properly explain the crucifixion using “love” words like the Rev. John used in his sermon on Sunday; “The cross is God's ultimate act of love and forgiveness. What God did through Jesus was not correct or legal or right. Rather it was pure love. God said to all humanity, ‘There is nothing that you can do that will end my love for you.’

It irritates God when we don't share the love and forgiveness we have received. So, forgive someone -- today!”

Do you ever come across a Bible reading that surprises you with harsh thoughts and violent stories and do you sometimes have problems fitting things together in the overall messages of love, peace and harmony? I liked the Rev. John’s thoughts about the text that he took for his Sermon because it offered a more gentle way of looking at God’s threats of the torture that might come our way if we hold back some of our debts to others and refuse to forgive those who have sinned against us.  This is just God acting as a parent and demanding a high standard from us when we are dealing with all His people.

“It may be that the torture described in the text is just what happens to us when we refuse to forgive. The choice seems to be whether we will be right and miserable, wrong and miserable, or whether we will be forgiving and happy. There are some very clear words about this from Jesus that we all know: "Forgive us our debts, as we forgive our debtors," or in the familiar translation, "Forgive our trespasses, as we forgive those who trespass against us." Amen.